Experience is a great teacher, but it takes time – and time is in short supply for most nonprofit leaders, especially during crises.

When you need the strategy now, rely on our decades of experience with hundreds of nonprofits to strategize quickly and effectively. Our team is comprised of nonprofit professional Robin Loving and various specialists as needed, and we measure our success by how successful you become!

We're looking forward to collaborating with you!

Samples of Our Impact
​

Friends of Santa Julia:
From Street Urchins to College Graduates Giving Back 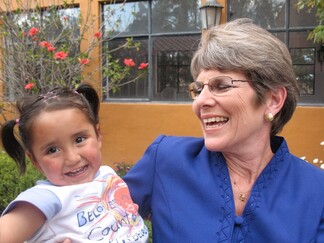 The dirty, scruffy, sad little orphan girls trudged through the town square daily, begging for something to sustain them. Sewage bubbled up from the floors of their home, and roofs caved in, allowing all sorts of weather to undermine their health.

Lack was the rule rather than the exception in their lives. The 30 elementary-aged girls weren’t really orphans but abandoned and abused children who had no better place to go.

But, there was love: “You can do it,” we told them. “All it takes is education, and if you make A’s, there is one local college scholarship waiting for a student like you!”

We created a monthly publicity campaign with the girls’ stories, photos, and appeals for everything that was needed. The community responded and we created nonprofits in three countries to help.
​
​Our campaigns raised $1 million USD and untold amounts in-kind goods and services to completely restore and expand the girls’ home, provide healthy meals, and obtain all the medical and psychological services needed. We bought vehicles and the the girls went to good schools in clean, well-mended clothes.

As a result, the girls grew up, many went to college, and some became contributing citizens in the US, Mexico and Canada.

​One of those girls -- on her own -- got that special scholarship, graduated from a five-year university program in three, and went to work at another home for abandoned/abused children. Another became a doctor!

And they are not the only victors. The community has the pride that they did this, with their love. 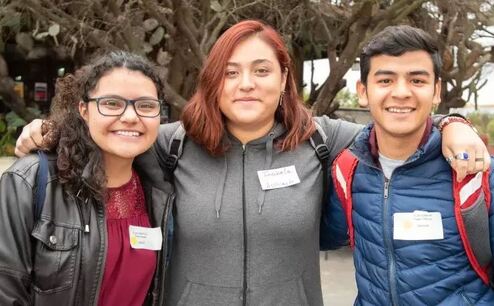 The brightest, poorest yearned to go to college, so a team formed a nonprofit that pieced together donations to help a few go the distance. Their entire mailing list had only 250 names on it after 15 years, and they were considering disbanding.

Seeing the potential and feeling the need, we amplified the mailing list to 5,000 and began a publicity campaign. Within two years, scholarships rose from 10 to 25 per year, a year’s operating capital raised interest in the bank; and funders introduced us to other funders.

The graduation rate rose to 85%, yielding the program a reputation as best in the region according to universities in two countries, and corporations were hiring the graduates.

The best result, though, was that highly capable students moved from dirt poor to middle class citizens in only 5 years, the length of a college education in Mexico!
Contact Us Here!